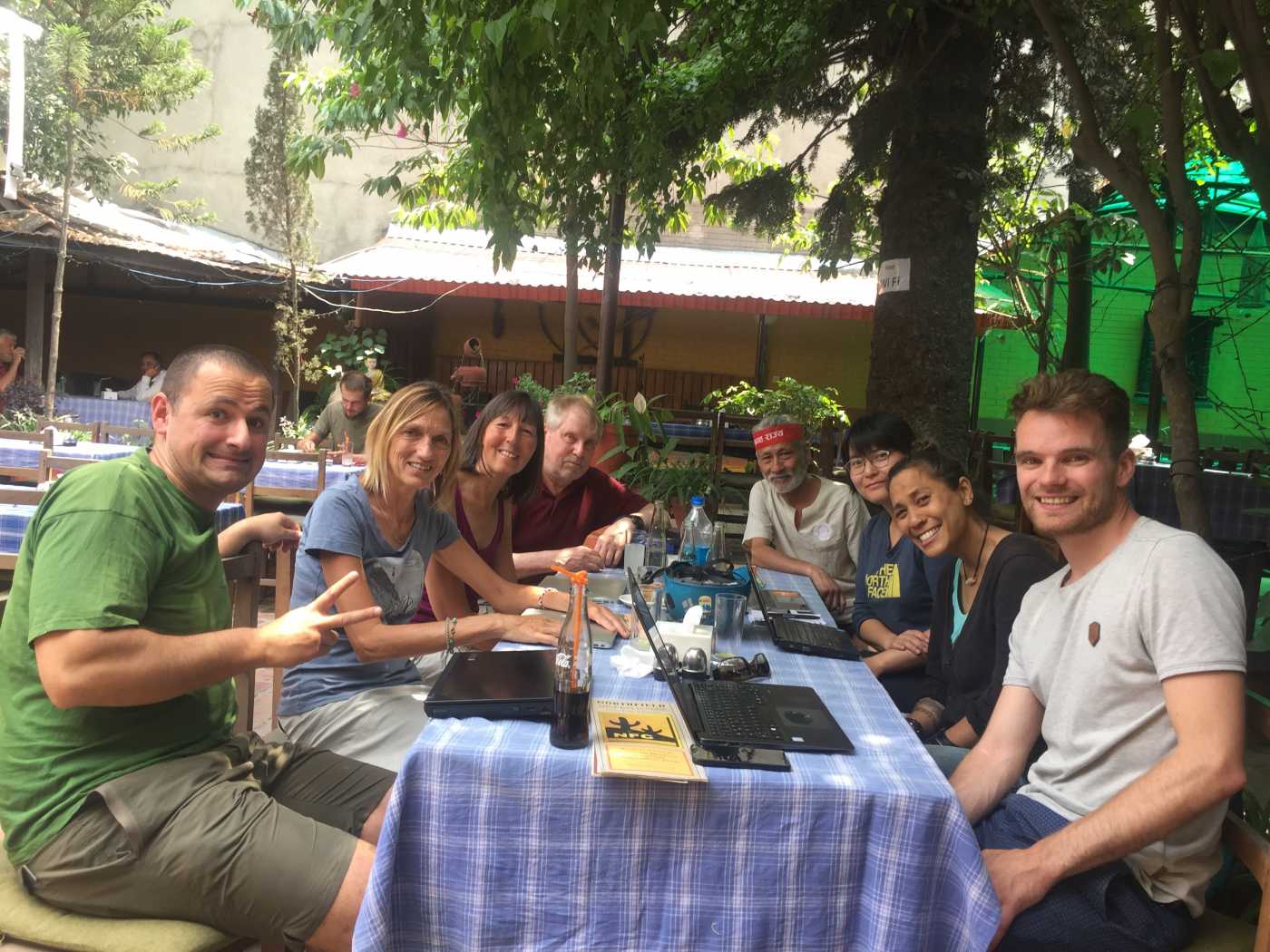 The Himalayan Database team. Proud to be part of it!

I seem to be writing the same thing at the start of my very few and far between blogs these days: “It has been a long time since I have updated this website and I am sorry that I have been very lax about it. However, with social media having crept into  my life and making me lazy, I have resorted to posting small updates on Facebook, Twitter and Instagram. Apologies to my friends and followers, who are not on social media.

I have just come back to Bavaria after a rather busy and media-heavy climbing season in Nepal. Most of you will have seen the picture of the crowds on the summit ridge of Mount Everest this year and have heard the sad news of 11 deaths on the mountain. It has been a busy season, however, the problem was not only the crowds on the mountain; it was also the fact that we had a very short weather window this year and that too many people with very little experience try their luck on the highest mountain in the world. At a wild guess, the number of people having topped out in 2019 will probably be similar to the 797 people in 2018, however, the crowds on the bottlenecks were worse. We must not forget, however, that last year we had a solid weather window of 13 days whereas this year we were down to 5 to 6 days.

Anyway, the season is over and even though it was a tough one, the Himalayan Database team, which now consists of eight people, was able to look behind the scenes, speak to people who still had an amazing experience; who saw comradery and team spirit on the mountain; who were able to fulfil their childhood dream and who were not stuck in the crowds. Of course, I realise that something needs to be done but that is up to the Nepal government, the expedition operators, the Sherpas working on the mountain and everyone closely involved in the business.

As far as my summer goes, I am currently packing my bags to go back for another attempt of Broad Peak in Pakistan, the 12th highest mountain in the world. I already tried my luck in 2015 but we got just above C3 when we found that the slope leading up to the summit ridge was very avalanche-prone – so we headed down again.

It’s very exciting to go back and this year, I have joined a team of Kobler & Partner and a few good friends, such as Lydia Bradey and Dean Staples, will be on the expedition. As I still have lots of packing and preparing to do, this entry is short but I will update my Twitter account and if I get internet every once in a while I might even manage Facebook.

Thanks for bearing with me and sorry for the intermittent posts.

Have a good summer, or good winter – wherever you are in the world.