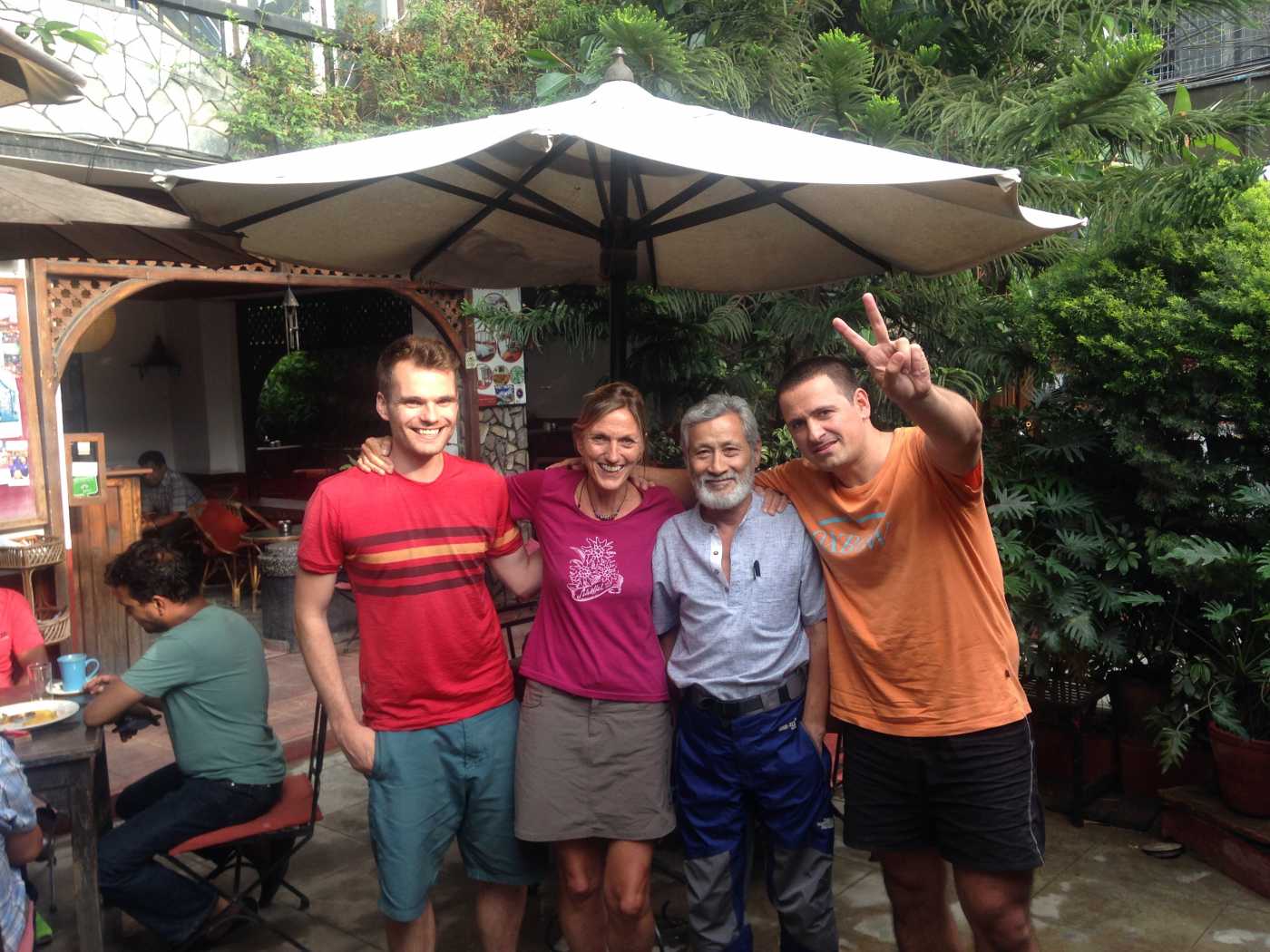 It is already mid-October and the first half of the autumn climbing season is nearly over. I guess we have just seen a record season on Manaslu, the 8th hihgest mountain in the world, and my wild guess is that the success rate will be around 85 to 90 per cent. Of course we cannot say yet, but if you look at the photo (courtesy of Chang Dawa of Seven Summit Treks) you can see how busy it was.

After having been running around together with my colleagues Jeevan Shrestha and Rolo Popier, I am now taking a little break. I am going trekking with my sister Christiane and my friend Susanna from Switzerland. Fortunately, Tobias Pantel, who joined the team in spring this year, will take over from 16 October and look after the rest of the teams, which are mainly going to Ama Dablam but also coming back from big mountains such as Nuptse and the South Face of Lhotse.

Another piece of great news is that the Himalayan Database will be released FREE OF CHARGE for the general public at the beginning of November. This means that you can download the database for free and you can update it twice a year. For those, who want to know more about the routes, the climbers or  the numbers of the Nepal Himalaya, this valuable record will be a lot of fun and of course very useful. Thank you so much Miss Elizabeth Hawley for having started it in 1963!