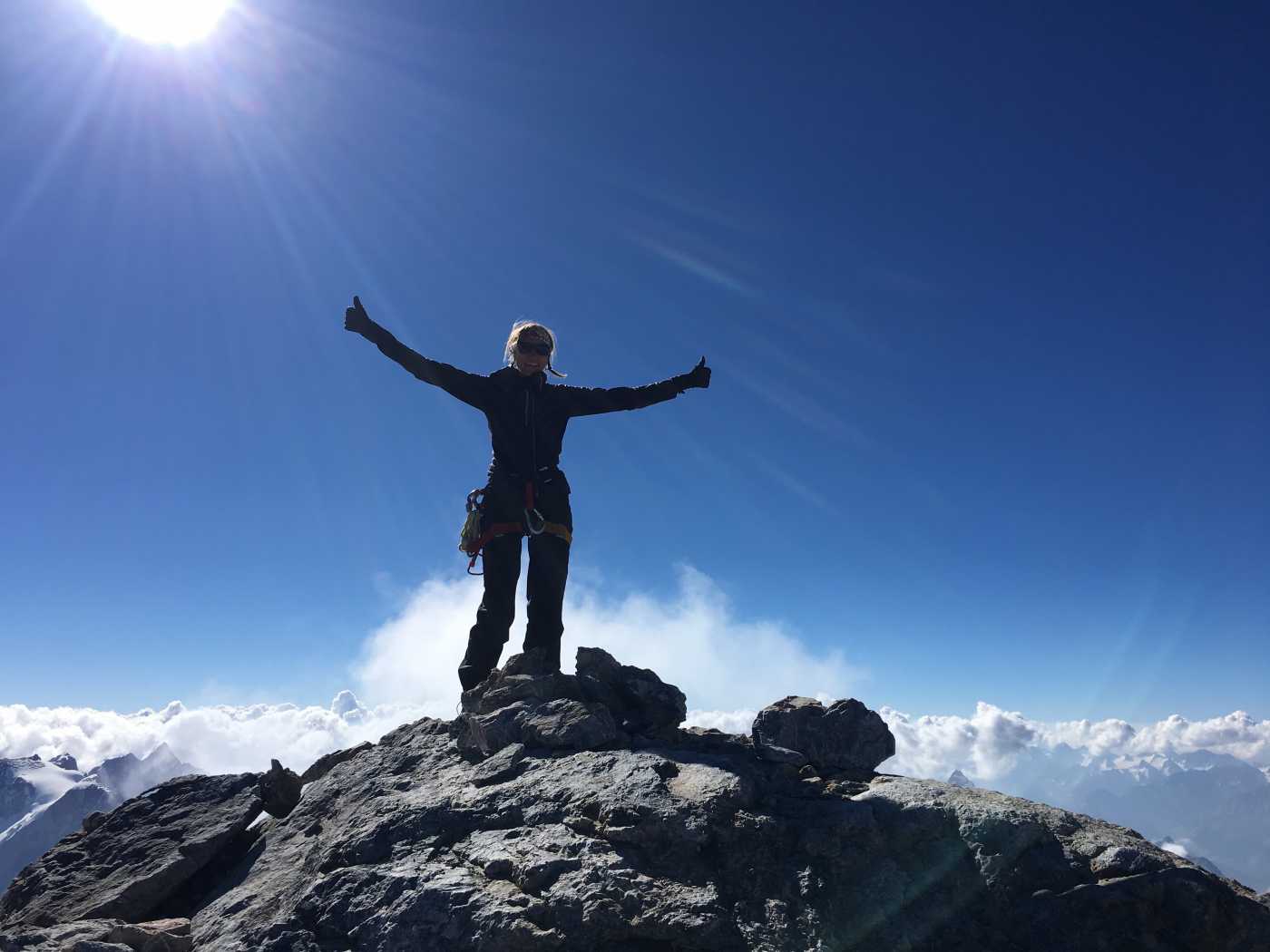 Summit of Peak Energia in Tajikistan in July 2017

Huge apologies for not having updated this blog for almost one year now. This is the price you pay when you join social media platforms such as Facebook, and even though it does not replace a proper blog entry, it is quick and can be easily done even when life is busy. And without trying to find an excuse, life has been full of things recently and that’s why I haven’t had the time to sit down and write an entry for my website.

However, I have finally managed to get most of my work done and as it is a quiet sunny Sunday here in Kathmandu today, I have finally found the time and inclination to sit down and update my site.

But where to start? I will spare you with updating you on everything I have done since I summited Cho Oyu without supplemental oxygen last October, but I will try to put my life, my work with Miss Elizabeth Hawley and other things into a nutshell.

After Cho Oyu, I went back to Bern in Switzerland, where I worked for Switzerland’s Humanitarian Aid, like every winter. Other than working in the office four times per week (it is great to work 80% as you have four days on and three days off), I spent quite a bit of time ski touring and hanging out with my friends. As part of my job with Swiss Humanitarian Aid, I facilitated a small part of our Annual Conference, which attracts around 1,000 people every year and explains to the Swiss public what their country’s Humanitarian Aid actually does. I was very nervous to be standing in front of so many people but as I was working with two school classes (one from Switzerland and one from Austria) on stage, it went very well as the pupils really made my life easy up there. Anyway, unbeknown to me that facilitating was something I was good at, the people around me where so happy with my performance that I was hired to present the whole Annual Conference, which lasts half a day and takes place on 23 March 2018. So, watch the space.

One of the other things that kept me busy from the end of March till the end of May was translating Ueli Steck’s book “Der nächste Schritt” (English title: Ueli Steck – My life in Climbing). It was, of course, a big shock when Ueli fell to his death on 30 April 2017. I was in the middle of translating his words from German into English on a sunny Sunday morning in Dushanbe, Tajikistan where I was working for the Swiss Humanitarian Aid, when I heard about Ueli’s fatal fall on Nuptse. At that very moment, I felt as if someone was pulling the ground away underneath my feet. For a few days, I could not bring myself to continue with the book, however, after I got over the initial pain I remembered how important it was to Ueli to have an English version of one of his book and in a way, the meaning of the translation changed. Suddenly, I felt even more strongly about doing a good job and giving the English-speaking readership the chance to better understand Ueli Steck. The book, which was co-written by my good friend Karin Steinbach Tarnutzer, is a very good explanation of who Ueli was and where he was coming from. It should be available at the end of this year and opens up a completely new insight into the relatively short, but adventure-packed life of Ueli Steck.

Ah yes, and I have just mentioned Tajikistan. I worked there for two months as a communications expert for Switzerland’s Humanitarian Aid, updating all their promotional products, writing fact sheets and human interest stories, and training the local communications officer. I was staying with my friend Burgi Roos, who was also my boss there. It was an amazing experience and I was very happy to finally get to know Central Asia a bit better. After two months of working in the office, I climbed Peak Energia (5,120m) in the Fann Mountains with three friends, which was a beautiful experience. It was good to see that there are still stunning places in this world, which are still relatively remote and full of friendly people. We had a small support team for the trek, and both our guide and donkey driver were just the most friendly and pleasant people to hang out with.

I then had a splendid four weeks with my lovely family in Garmisch-Partenkirchen, during which time I had lots of visitors, went on many running adventures with my friend Jo Chaffer and was able to spend a lot of quality time with my mum, aunt and sister. And as time flies, I was back in Kathmandu in a heartbeat. I am here to do my usual job – working for Miss Hawley’s Himalayan Database. I arrived in Nepal at the end of August, which was just in time to meet the hundreds of aspirants attempting Manaslu this season. As China decided to keep Tibet closed for the autumn climbing season, a lot of the teams who were going to climb Cho Oyu switched to Manaslu, which makes the 8th highest mountain in the world the busiest it has ever been. I guess there must be around 250 ‘western’ climbers plus the same number of Sherpas, and of course base camp staff.

Fortunately, we are still seeing some more interesting climbs, such as the South Korean climber Sung Taek Hong and Spaniard Jorge Egocheaga, who are going to attempt the south face of Lhotse. A French team will attempt Nuptse and 78-year-old Spanish mountaineer, Carlos Soria, is on his eighth attempt to climb Dhaulagiri I, the 7th highest peak in the world. During the times, when I am not busy meeting expeditions, I visit Miss Elizabeth Hawley to chat and entertain her – and as a matter of fact, be entertained by her. She is on good form and albeit not so mobile anymore, her mind and tongue are as sharp as ever. I truly embrace the moments I spend with her and I love listening to her stories about the ‘good old times’. I feel very privileged to be able to get to know this amazing and legendary lady so well.

As far as my own climbing plans are concerned, I will attempt Kyajo Ri with a few friends in October this year and next year, I am intending to follow in Carlos Soria’s footstep and attempt Dhaulagiri I – hopefully I will not need eight attempts to get to the summit.

Ok, off to meet yet another team going to Manaslu. I will try and be better to update this site, so please bear with me!