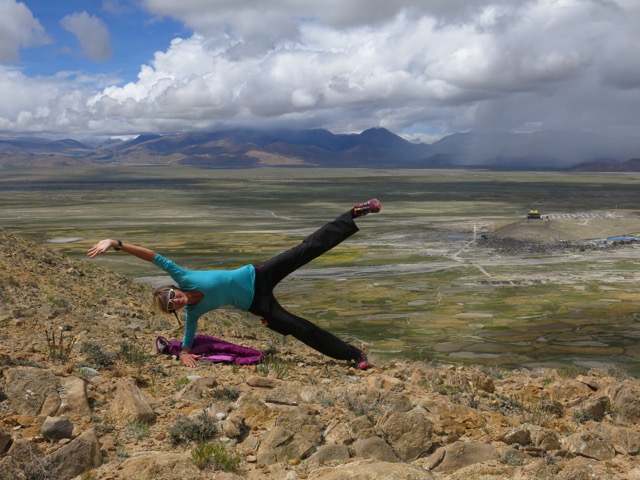 This is just a short update to let you know that our group have made it to Tingri at 4,350m above sea level and we are on our way to Cho Oyu base camp. Our expedition consists of Thomas from Switzerland, Stefan fromÂ Austria, Susanne from Germany, Dan from the UKÂ and myself and it seems to be a good and fun group.

We have been on the road since Wednesday when we took a plane from Kathmandu to Lhasa. Unfortunately the new border crossing at Rasuwa through Langtang is still not open for non-Nepalis, which means that we had to fly all the way to Lhasa and drive back to Cho Oyu, which is right at the border between Nepal and Tibet. Our Sherpa, however, have been allowed to go overland and they areÂ already on their way to Cho Oyu base camp with all our gear. Thanks to them we will arrive to a made-up camp at Chinese base camp tomorrow.

We will probably stay at that camp for four nights before we move on to Advanced Base Camp, which lies at an altitude of 6,400m and will be our home for the next five weeks or so. The climbing period will take that long and we are hoping to reach the summit at the end of September, which is usually the right time to get to the top of the sixth highest mountain in the world.

I will be sending tweets from base camp, which should appear on the right side of this site as well as on my Facebook page.

Thanks for following my expedition 🙂