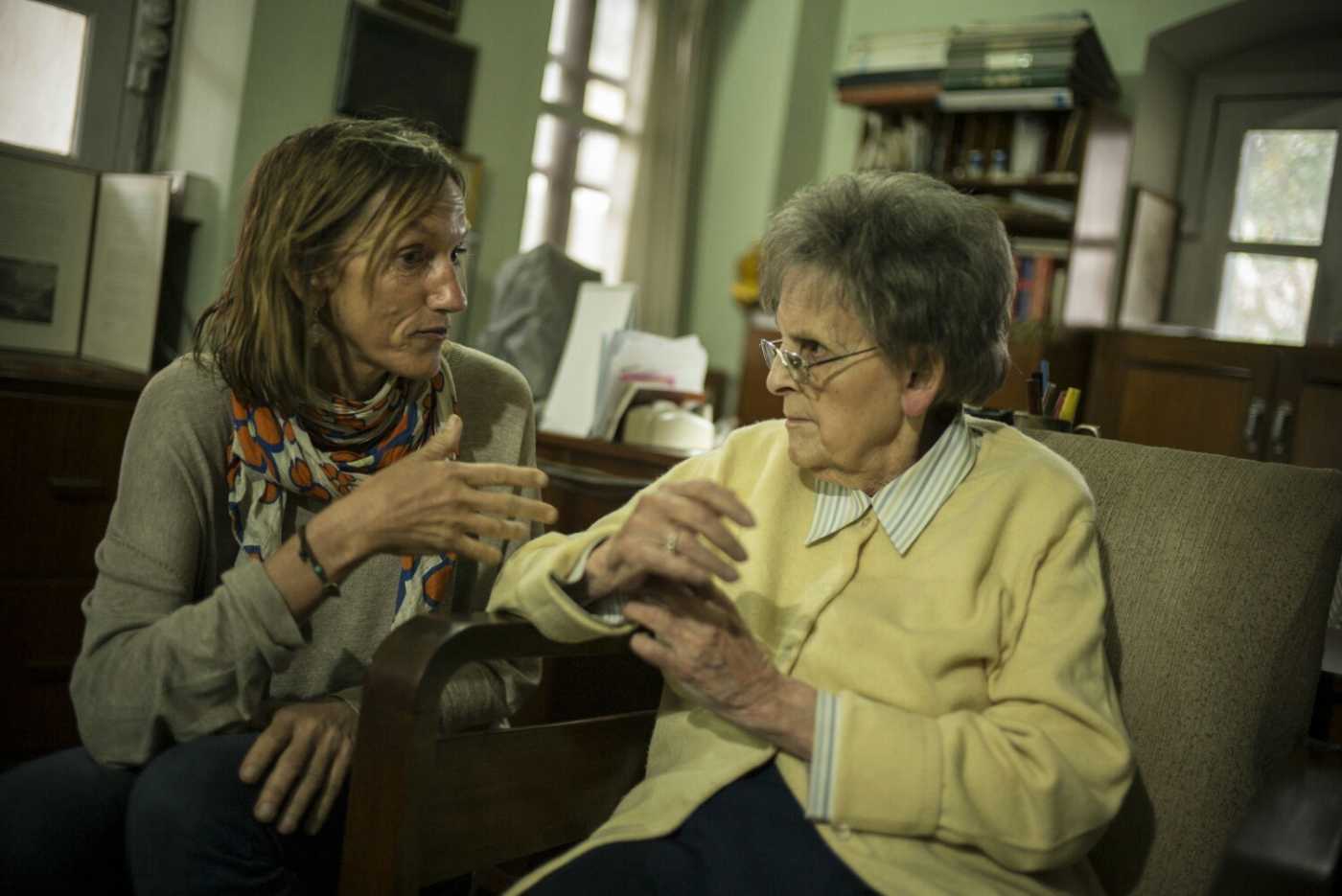 Miss Hawley and I talking about the upcoming season (@Dan Patucci)

After I had to join Facebook during the earthquake in Nepal (that’s where most of the information on what was happening and where was exchanged) I seem to have become quite lazy at updating my website. So, apologies for that.

As you may have gathered I am back in the craziness of Kathmandu catching expeditions for Miss Elizabeth Hawley and the Himalayan Database, which has been incredibly busy despite the fact that everyone was expecting a quiet year. I have the feeling that numbers are slightly down on the Nepal side of Mount Everest but are certainly more than half. Whereas we have seen an average of around 350 non-Sherpa climbers on the SouthÂ side of the mountain since 2012, I would put this year’s figure at between 280 and 300 people.Â Â However, this is still a wild guess as I have not seen everyone yet, and I don’t know much about the teams my colleague Jeevan is meeting. On the Tibet side of the mountain I guess there will be between 70 and 90 non-Sherpa climbers as opposed to 138 in spring 2015.

Furthermore and to Jeevan’s and my detriment, Miss Hawley has decided that she is no longer capable of meetingÂ teams. “If you want the Himalayan Database to be correct in the future, I should no longer meet expeditions,” she told me despite the fact that she still seems very lucid, energetic and bright to me. During my absence, she was interviewed by the German journalist Stefan Nestler, who wrote this entertaining and honest article about her. If you are interested, click here.

Miss Hawley’s early retirement (or maybe not so early at 92 years) has obviously added to my workload and even though I very much enjoy meeting teams it is becoming almost impossible to catch everyone. So I guess we will have to come up with a more modern and up-to-date system for the autumn season, which I am working on at the moment – so watch the space.

As far as my own expedition life is concerned, I have decided not to go to an 8,000m-peak this spring as my wallet as well as my body need a break from the high mountains. Instead I am training for the Stupa-to-Stupa 50km race in Kathmandu on Sunday as well as for the 100km Ultra Zugspitz Trail in my home town of Garmisch-Partenkirchen in June this year. Furthermore I am going biking in Yunnan Province in China with Painted Roads in May and I am very excited about this new adventure.

I hear that spring has finally arrived in Europe and I guess winter is on its way in the southern hemisphere. Whichever season you are in, I hope you enjoy it!

Kathmandu – one month on

In Tingri on the way to Cho Oyu