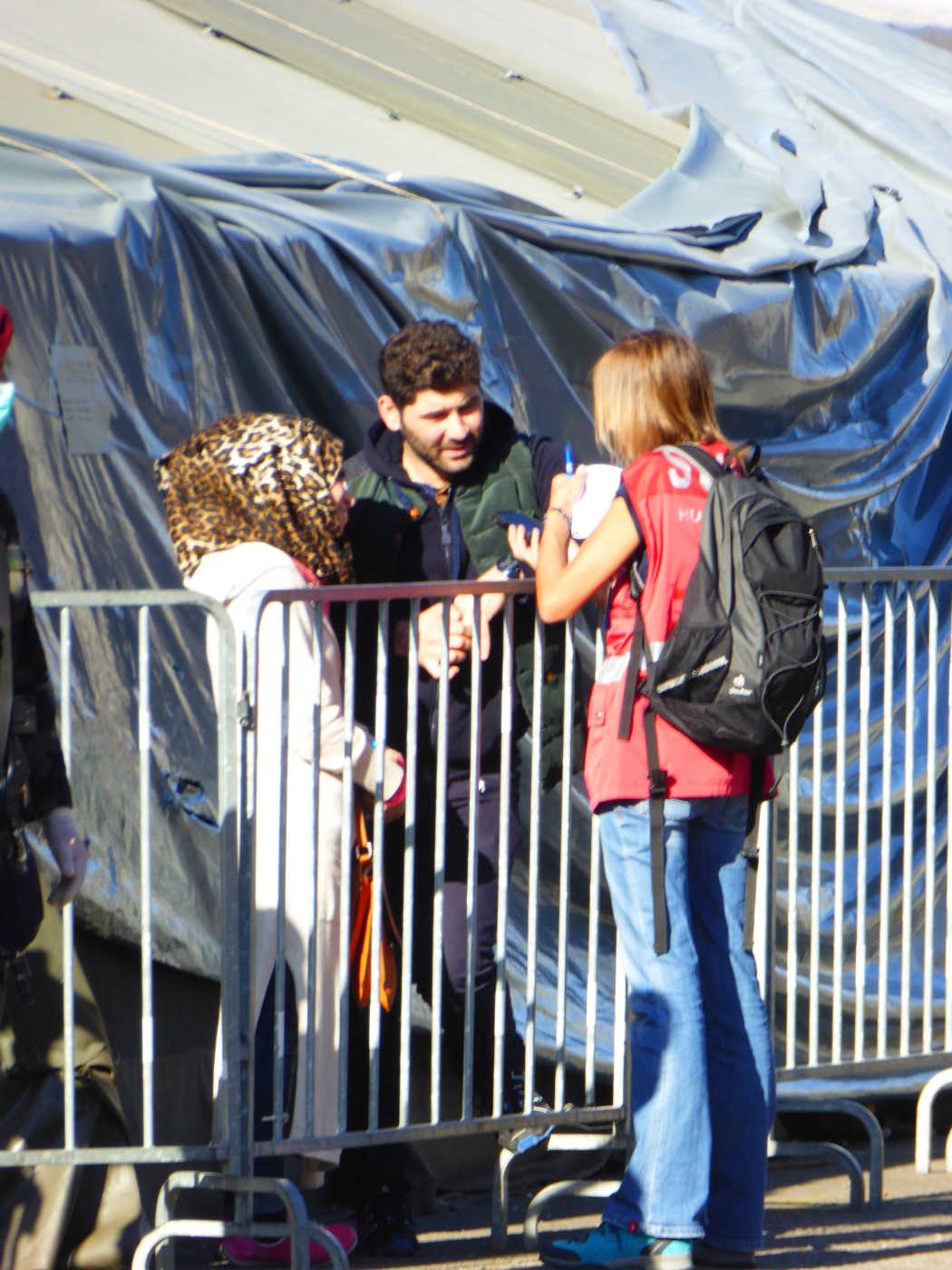 Talking to a couple from Iraq

It has been a bit quiet in my lifeÂ recently but the snowless winter in SwitzerlandÂ in combinationÂ with office work doesÂ not really lend itself to exciting stories – or stories I am allowed to tell. The mountains seem very far away at the moment as I am supporting the Swiss Humanitarian Aid in their efforts to mitigate the suffering of the victims of the Syria crisis, which has been going on for almost five years. It is unbelievable, considering that of the 18.2 million people living in Syria, 13.5 million are in need of humanitarian aid. The international community has just announcedÂ their pledges to fund the latest appeal by the United Nations, which amounts to USD 7.7bn. However, the only way out of this humanitarian disaster is a political solution as their is no humanitarian solution for a political problem. So all we can do is hope that the parties to the conflict will come to their senses and stop this.

In November last year, I went to Sentilj in Slovenia, where the Slovenian authorities had erected a transition camp for the up to 8,000 refugees from Syria, Iraq, Afghanistan and other countries in the region before they headed into Austria. Only recently the Austrian authorities have curbed the number of refugees being allowed to enter and according to reports, they have cut the number to 1,000 per day.

So concerning mountains the only thing have done in the last few weeks is anÂ interview with Talk Travel AsiaÂ about climbing big hills and working with Miss Elizabeth Hawley.

So, if you have a minute you can either read the interview hereÂ or listen to it here.

I will go back to Nepal to help Miss Elizabeth Hawley and the Himalayan Database at the end of March and even though I will not go on an 8,000m-peak expedition, I am sure I have enough material to update you about – especially considering the current situation in Nepal.

I will be in touch then.