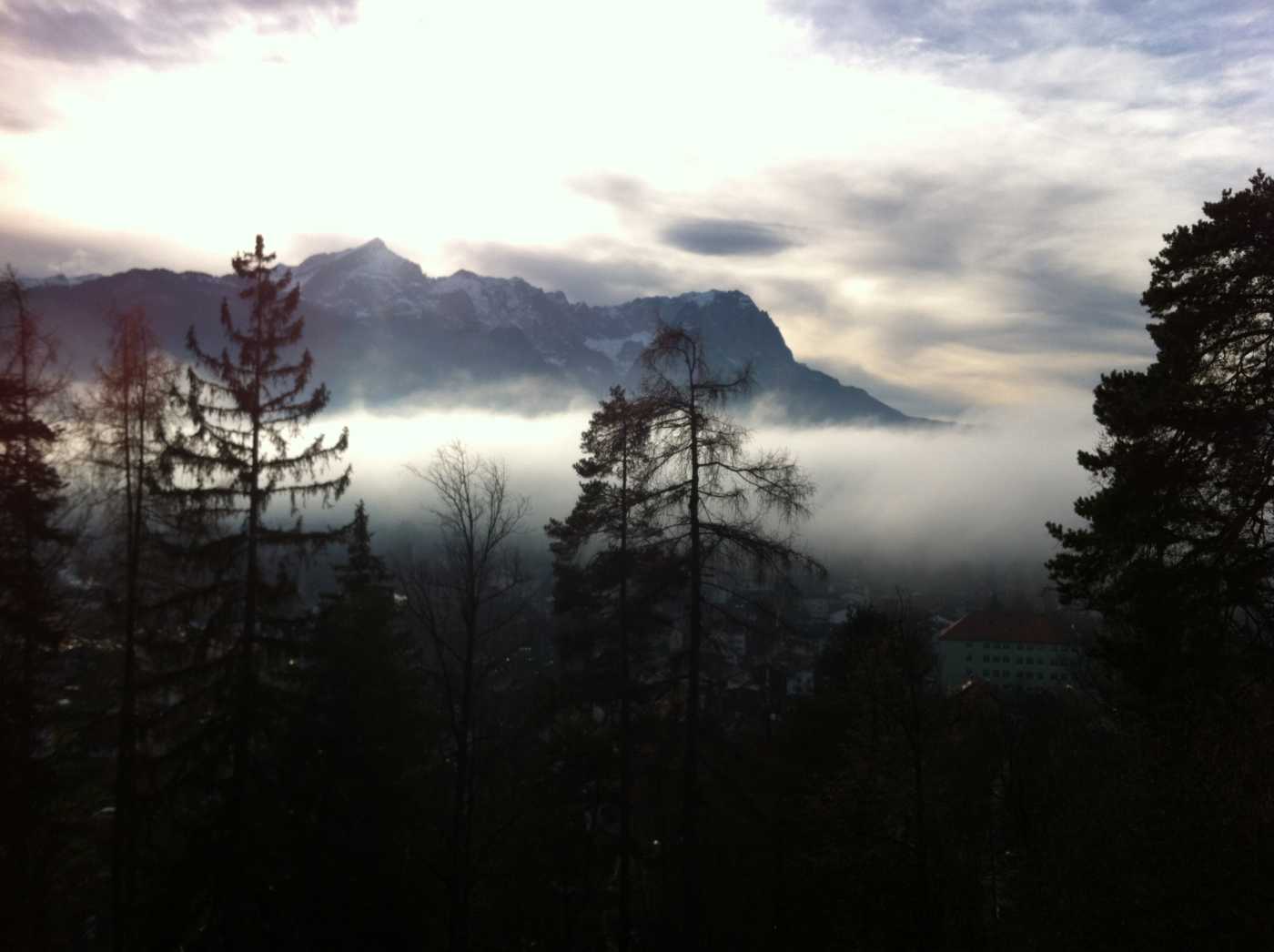 The Garmisch-P. mountains in the mist before the snow came on Christmas Day

I seem to have writtenÂ the word ‘apologies’ rather often lately but I have just noticed that I have not posted anything since I first got to Islamabad in early October this year. So there you go – apologies for being so quietÂ but then again I usually refrain from sending updates when I am not on expedition – and I have not been since Shisha Pangma in September this year.

I have not even climbed a little hill (other than running up the Margalla Hills in Islamabad) since October and I really miss the mountains – even though I am sitting here in my home village of Garmisch-Partenkirchen being surrounded by them.

But we do have a member in the family who has climbed Everest at least four times in the last two months and this is my 81-year-old mum, who had caught a flesh eating bacteria, called necrotising fascitis, while on holiday in Italy. This nasty bug is known to either quickly kill people if not operated on within a few days or at least take a limb – and in my mum’s case it would have been the leg. She has been incredibly brave and has gone through something that many people do not manage and I am incredibly proud of her. Now the last thing she needs to master is walking again but after all she has been through, this will only be a 6,000-m-peak as supposed to an 8,000er.

And so I have left Islamabad in a rush to go to the small Italian island of Ischia, where my mum was taken to hospital and I have been in Europe (Italy, Germany, Switzerland) ever since. I started working for the Swiss Humanitarian Aid in Bern on 7 December and will be there until mid March, when I go back to Nepal again to help Miss Elizabeth Hawley with the Himalayan Database. I have no expedition planned for spring 2015, however, I am looking into going to climb Broad Peak in Pakistan in summer next year.

So for the time being I would like to wish you all a very belated Merry Christmas and of course a wonderful, healthy and fun 2015. I am already looking forward to sharing my adventures again with you.