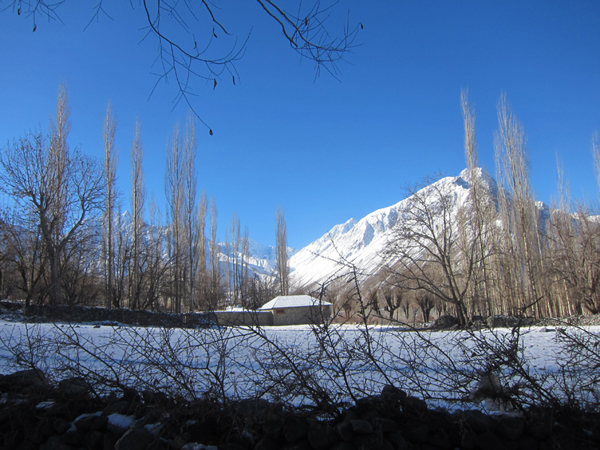 I have just come back from one of the most amazing places I have been to in terms of landscape and people – Chitral situated in northern Pakistan in the midst of the majestic Hindukush mountain range. The reason I went there was a professional assignment for the Swiss Development Corporation (SDC) I am currently working for in Islamabad. The SDC is supporting a microhydel power project in two remote valleys in the district of Chitral and my job was to visit a village that has no or very little electricity.

So, I flew to Chitral town, which is a stunning one-hour-flight from Islamabad, hopped into a jeep and embarked on a five-hour-journey across dirt roads into the depths of the Hindukush. Even though I have never been very good at sitting in a car, the journey was spectacular and the views of the mountains, especially Tirich Mir, at 7,708m the highest, were breathtaking.

During my stay in Harcheen, a village of a population of about 2,400, I spent the night with a lovely family, who offered me a bed and a delicious dinner in their simple but clean house. This family did not have any electricity whatsoever and even though I know this from Nepal, it reminded me again how spoilt we are with all the ‘mod cons’ we enjoy in the western world.

Even though poverty is widespread, the people of Chitral seem content and certainly very open. Women and men sit together and every man I met shook my hand (which is not that common in Pakistan) when I greeted them. Another very interesting fact about Chitral is that the district has safeguarded its peace and militancy has not infiltrated this region. “The Chitrali communities are very tightly-knit and the people are well educated and I guess that’s what has kept this area away from a lot of the problems the rest of the country is faced with,” Siraj Ulmulk, the owner of the beautiful Hindukush Heights Hotel, told me.

After my 24 hours in the villages, where I received nothing but hospitality, warmth and some beautiful presents, we drove back to Chitral town where I was lucky enough to be the one and only guest in the Hindukush Heights Hotel. I felt treated like a queen and I had the great opportunity to sit and talk to Siraj for hours on end. An ex-pilot, grandson of the last king of Chitral, former trek leader and now hotel owner has the most interesting stories to tell and I felt once again incredibly lucky to lead such a rich life, which enables me to meet such wonderful people.

Siraj opened his hotel 15 years ago and 13 small aircraft flew to Chitral from the UK just for the opening ceremony. “It was amazing to see all these airplanes coming in from abroad and it was beautiful that the British, who arrived here in 1895 during their control over India, were coming back,” Siraj said. After this grand opening, it was not only the British who came to stay and even famous guests, such as Robert de Niro, found their way to the hotel in the midst of the Hindukush – however, Siraj does not really like showing off with it. “You know, I had no idea who this ‘Bob’ was when he checked into our hotel until my daughter told me that he looked like a famous Hollywood star. When I asked him whether he was that famous actor, he just shrugged it off, so I left it.” However, when Bob checked out and pulled his credit card out of his wallet, the secret was unveiled and all the staff was so excited that they all had their picture taken with famous ‘Bob’.

What I also found incredibly interesting is the fact that Siraj used to organise trekking tours in the Hindukush. “I still have all the kitchen equipment, tents, stoves etc, which we used extensively for private trekking tours as well as some commercial ones. But then 9/11 came and the foreign tourists stopped travelling to Chitral,” he said with a sad look in his eyes. “People are worried but if there is one thing I can guarantee about their holiday in Chitral, it’s absolute safety.” This whole conversation sparked an idea and having seen the beauty, the unclimbed and majestic snow-capped peaks, the smiling faces of the people and the hundreds of kilometres of scenic treks that could be done made me want to bring tourists back to this part of Pakistan. My idea would be to set up a mountaineering and trekking school to train the local people to take tourists into the hills. How this can be done I am not quite sure yet, but something is brewing  – so, watch the space.

On Sunday morning, I dressed in all my warm clothes (it was cold in Chitral, which lies at an altitude of 1,200m) and joined Iqbal, one of the hotel’s staff, and the dog for their morning walk. Of course, I did not last very long just walking and when I asked Iqbal whether it was ok to leave him and run, he showed me a trail and said that it was perfectly safe to do so. So, I ran off at my usual speed without remembering that the altitude of Chitral was almost 1,000m higher than Islamabad, which means my first ‘sprint’ did not last very long. However, I edged my way slowly up the hillside and when I was faced with the most beautiful panorama, I felt incredibly happy and content.

This is just a very short account of the remarkable experience I had over the weekend and I truly hope that I will be able to go back to Chitral in the near future – maybe even to trek or climb. In Shallah! 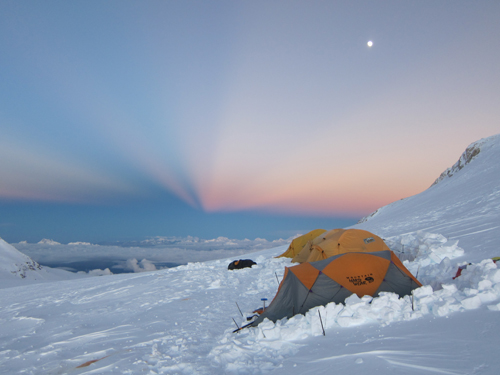