Everest Season is winding down

This year’s Everest season has been heavily covered by the international news and I am wondering whether I should actually comment on it or not. I have had a few phone calls from journalists wanting to hear my opinion about what happened on the mountain this year, as a total of ten people have died on the slopes of Everest.

Everest, Lhotse and Nuptse seen from Pumori Camp I

I guess, the simple answer is: it was too crowded with too many inexperienced people trying to summit in a very short weather window. According to reports, more than 200 people were pulling themselves up the fixed ropes to reach the summit on 19th May. Why most expeditions were going for that window, I just don’t know but I gather that after having spent such a long time at base camp, they were getting anxious. However, with a total of 700 people on the south side in Nepal, this season was not exceptional in the number of contenders trying to stand on the top of the world. Recent years have seen similar amounts of people camping at the foot of the 8,848m peak.

All the people who lost their lives died of different reasons and it was not – like some media have described it – similar to the big Everest Tragedy of 1996, when eight people died in a storm in one single night. All the deaths were very sad and tragic and maybe they could have been avoided if the queues at bottlenecks such as the Hillary Step had not been so long (some people waited for 2 ½ hours to get down the 15m-rock tower at an altitude of about 8,750m). However, even though climbing Everest has become relatively safe due to the good infrastructure on the mountain, the hard work and help of the Sherpas, the amazingly accurate weather forecast and the use of supplementary oxygen, climbing the highest mountain in the world still bears a huge risk and some bodies just don’t like being up there.

Running around for Miss Hawley

I have been meeting teams that are coming back from Everest and other 8,000m peaks, such as Annapurna, Dhaulagiri, Manaslu and Makalu, and I have definitely seen more frostbite than in other years – which is also partially due to the long queues at the Hillary Step. When people don’t move, they risk getting too cold and running out of oxygen, which can be detrimental for their fingers and toes – and I have seen quite a bit of this.

I was actually sitting in the CIWEC clinic – a Canadian-run hospital in Kathmandu – interviewing a team when I bumped into two other expeditions I was looking for. This made me think that I should just set up a desk there to do the interviews for the Himalayan Database – that would safe me a lot of running around trying to find them! 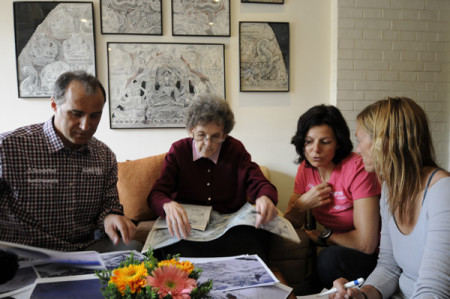 As you can imagine it has been incredibly busy here over the past week and I am only just starting to see the end of the tunnel. Due to the fact that the summit window on Everest is reasonably short, everyone and their uncle comes back at the same time. I need to catch them for the interview before they go home, which can be tricky sometimes as people are very keen to go home after having spent two months in the mountain. On Sunday and Monday, I had a bit of a breather, as the bad weather in Lukla did not allow many planes to fly to Kathmandu and according to reports hundreds of people are stuck there trying to get back to the luxurious life in Kathmandu – and then at home.

I would like to emphasise that we are not only recording expeditions to 8,000m peaks but also to mountains, which are lower. In fact Miss Hawley’s archives cover all so-called expedition peaks in Nepal and there are exactly 322. On this note, I would like to congratulate Gerlinde Kaltenbrunner and David Goettler for reaching the summit of Nuptse, which at 7,861m had only been climbed 17 times before.

Miss Hawley, my wonderful colleague Jeevan and I are doing our best to track them down and talk to them about their expedition before they fly off into the sunset – and I think we are doing pretty well. Miss Hawley has seen an amazing recovery since she broke the neck of her femour last summer and I truly admire her for her strength and willpower to get over this. She is out seeing several teams every day and her driver Suban has told me that she was partially walking without her cane again – amazing.

I guess that we will see the last few expeditions arrive over the next few days and then Kathmandu will be quiet again until the next wave of mountaineers arrive for the autumn season, which usually starts at the end of August.

Until then, this country will continue to struggle politically as the long-awaited constitution, which was supposed to be finalised on Sunday, has been thrown out of the window after four years of deadlock. The deadline had been extended several times since 2008 when the constitution was initially due to be finished. For the time being Prime Minister, Baburam Battharai has called new elections for 22 November 2012 – a move that some parties have called ‘unconstitutional’….. but for God’s sake – based on WHAT constitution???