Billi just called from basecamp where she is sitting in the rain, waiting. Yesterday at 6.10pm local time, a 6.8 earthquake struck on the Nepal Sikkim border, pretty much under Kanchenjunga. In Kathmandu it was felt apparently as a 4.8 earthquake which is relatively small but very noticeable.

How was it at Manaslu basecamp? Well Billi just reported that they were at camp 3, and heard a strong, unmistakeable sound which was an avalanche safely passing on a face to the left of their tent. So all was well. This robot is not an expert on avalanches, far from it, but it imagines having this excess snow shaken off of the mountain to be a good thing.

Billi can be reached by SMS via this site. https://sms.thuraya.com/ and the expedition’s number is 21360443. Don’t forget to think before sending your 160 characters, and don’t oversend and flatten the battery of this important safety device at camp.

Billi says a basecamp update will be coming in a few days. In the mean time you might want to have a browse of this website put together to promote tourism-trekking in the region. As you know from Billi’s previous writing, the area is quite poor and tourism where trekkers use local goods and services can make a small but important contribution to improving matters. There are great photos of the region from Billi’s friend Jamie McGuinness on the site, including the one below. See: http://manaslucircuittrek.com/ 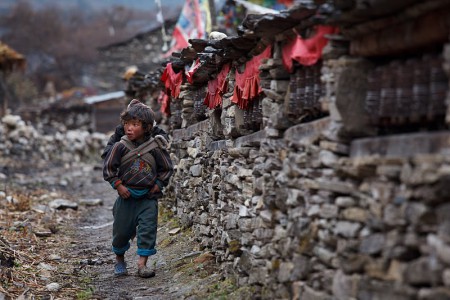