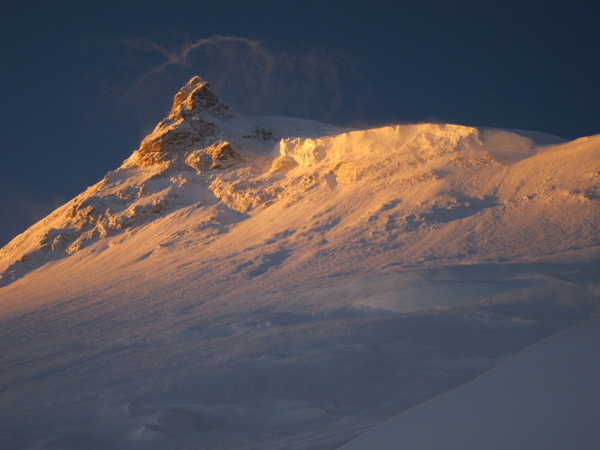 When I arrived in Kathmandu last Sunday, I had no idea that this was the day of the country’s general elections. I had long lost track of who was actually ruling the country as the seat of the prime minister has been swapped around a few times since the election of the Constitutional Assembly three years ago.

When I walked out of the airport, I heard someone saying that there was a ‘Bandha’, the Nepali word for ‘closed’, which meant that there was supposed to be a strike.

However, the strike did not seem to worry too many people as everyone was happily driving, biking and selling their wares from their tiny little shops. In the old days, a strike, which was often called by the Maoist rebels during the 10-year insurgency, meant that shops and restaurants had to remain closed, cars were not allowed to drive and sometimes it was not even allowed for cyclists to pedal along the empty streets. To put it in a nutshell, the Election Day seemed pretty quiet and everyone was getting on with their lives.

When I picked up the papers in the waiting room of my dentist the next day, I found out that the former deputy Maoist leader, Baburam Bhattarai, had become the new prime minister of Nepal, which was the 35th appointment in the nation’s history. And his task of getting the Himalayan nation back on track is certainly not going to be an easy one. The first huge challenge is the drafting of the constitution, which is long overdue as the first deadline was already missed on 28 May last year. After a huge disappointment, the deadline was extended for one year to 28 May 2011 and, as expected, the Constitutional Assembly was unable to submit.

But what’s easier than extending a deadline – and so they got another three months to write that long-awaited document aiming for 31 August, which was today. I am just sitting here with my friend Sam wondering what had happened to the constitution, as we had not heard anything, so I googled and I found a few articles explaining that it was extended for yet another three months. “Nobody cares about politics anymore – it’s just a joke,” Sam, who runs the Pranamaya Yoga Studio in Kathmandu, observed. And I guess she is right. The people in Nepal must be very disillusioned by their leaders, and all the big hopes that were raised when the Constitutional Assembly was elected on 10 April 2008 must have vanished.

And so we enter yet another phase of waiting for the document, but life in the capital goes on and it’s business as usual. Mountaineering expeditions are slowly trickling in for the autumn season and I guess that not many of them actually know who actually runs this country or what is happening politically. But then again, it is not important as long as they get their climbing permits from the Ministry of Tourism, find a room in a hotel, get their trekking agents to organise their trips, and of course, meet Miss Hawley’s team.

So, that’s what I have been doing since I have been back – meeting mountaineering expeditions that are off to 8,000m peaks, and it is mainly expeditions to Cho Oyu and Manaslu at this time of year. My colleague Jeevan is doing an amazing job at organising the schedule of the meetings as Miss Hawley is still not fully recovered from her hip operation and she is taking things a little bit slower this season.

To Jeevan’s and Miss Hawley’s demise, I will only be able to help them for another few days as I will be leaving for Manaslu myself on Monday. I will be writing the newsletter for Himalayan Experience again and, if time allows, I will try to climb the eighth highest mountain in the world again.

If you are interested, you can follow the newsletter here. I am planning to update my website every once in a while, however due to the lack of sunshine on Manaslu (it rains a lot!) both electricity and internet connectivity are pretty scarce.

I will be in touch again and wish you all a great autumn – or spring if you are in the southern hemisphere.