Quite a lot has happened since I posted my last newsletter, in which I wrote about my amazing encounter with Mohammad Zai, the wheelchair-bound man I met in Pishin near Quetta. Following the article I posted on the UNHCR website, I received an email from a university in Toronto offering to collect some money to buy a laptop so Mohammad can continue writing his poetry. I was very touched and I really hope that this offer will materialise and that we can accept an individual donation for him. It is sometimes hard to go to these camps or refugee villages, with my camera, pen and paper as all I can do is to tell stories about what I see to the wider public. But of course, sometimes you feel helpless, especially when people tell you that they have not had any food rations for a couple of weeks and that the water they are getting is not good enough. 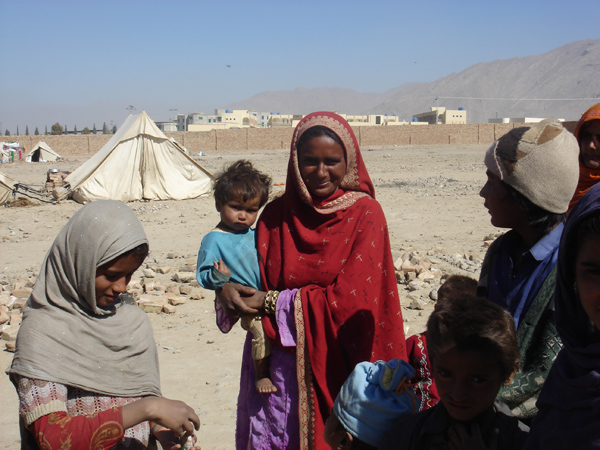 When I went to another tented camp for flood victims before I left Quetta last week, I talked to a lady called Rashinda, who was very angry with me. “All I see is people with pen and paper and a camera taking our information but we don’t see a lot of help,” she told me. I just replied to her that all I could do was telling her story to make people in the rest of the world aware of the plight of the Pakistani people, who were badly affected by the floods. When I left the camp I felt helpless, however, when I received the email about the possibility of getting a laptop for Mohammad Zai it made me realise that I can make a difference with my stories…even if it is only a tiny little difference for one person – that is already very rewarding.

When I got back to Islamabad I immediately went back to the airport to fly to Munich and then go to Italy to attend the International Mountain Summit (IMS) in Brixen, which was an interesting and a very well organised event about mountaineering. When I entered the building I felt like being in Nepal as I bumped into many people I know from the Himalaya. 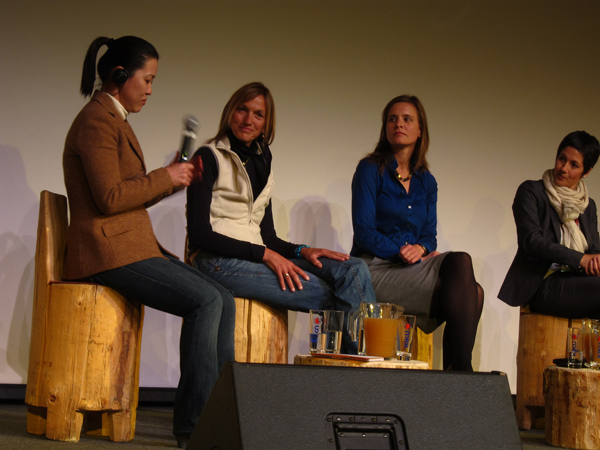 During the discussion round with Miss Oh (left), Eva Bachinger and Ingrid Runggaldier (r)

I took part in a discussion round about ‘Women and Mountaineering’ and I shared the podium with Miss Oh Eun-Sun from South Korea, the first woman to have reached the top of all 14 8,000m peaks, Eva Maria Bachinger, who has recently written a book about mountaineering women and Ingrid Runggaldier, who had made a film about the same topic.

It was an interesting discussion, however, two women who have also written mountaineering history could not make it to the event – Gerlinde Kaltenbrunner from Austria, who has reached the top of 13 8,000m peaks and Edurne Pasaban, who finished her quest shortly after Miss Oh did.

The organisers had interviewed Gerlinde beforehand and it was great to hear her view on things, which was very important in this discussion, however, Edurne had only cancelled her participation a few days prior to the event and there was no time to interview her.

I felt very honoured to be invited to this conference and I would like to thank the organisers to make it possible for me to come all this way from Islamabad to take part in the discussion. I would also like to thank my family and my friend Elke, who took the time to go to Italy with me.