A week of incredible contrast

After having written about normalcy in times of war last week, this week I went to a camp, where internally displaced people from Swat, Buner, Malakand and Shangla Districts are currently living. And I guess, for them life is everything but normal at the moment. We went to Jalozai Camp just outside of Peshawar, the capital of the North West Frontier Province, where around 100,000 people have found shelter since the start of the military operations in Malakand Division in May.

It was the first time I visited such a camp and it was important as I finally had the chance to see how people, who had lost their homes because of the conflict in this country, survive far away from home. Unfortunately we did not have a lot of time and I could not satisfy my journalistic instincts, as I did not get the chance to actually talk to the people and find out how they were feeling about their current situation. 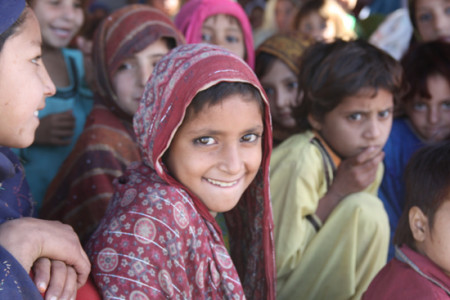 The humanitarian community, which consists of the United Nations agencies like UNICEF or UNHCR and non-governmental organisations, together with the local Pakistani authorities are running the camp. It is three times as big as my home village of Garmisch-Partenkirchen, and it was interesting to see how it is run. You see a lot of people, mostly men, queuing up for food and other essentials, like kitchen utensils and bathroom goods and there are still many people arriving from Bajaur Agency, where renewed fighting has forced them to leave their home towns.

Despite the hardship, I thought the camp was pretty well organised but it is always easy to say that when you don’t have to live there. They are currently putting up winterised tents as the temperatures are dropping continuously and people are getting cold. We visited schools and health facilities and I have to say I was impressed by how much the people helped each other. However, in an ideal world this camp should be closed soon and the people should return to their homes but as far as the current situation is concerned, this option looks rather unlikely. So they know that they have to spend the winter in a tent even though they have a nice house somewhere in the North – but what they don’t know is whether their houses are still standing or whether they have been reduced to a pile of rubble by the fighting. 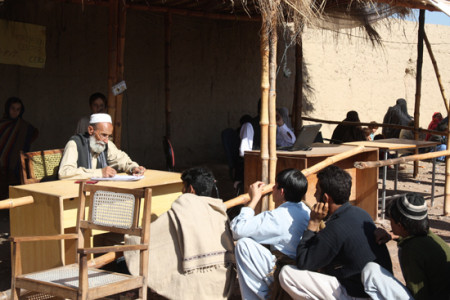 People registering in the camp - once registered they receive food

It is a very sad situation but it is good to see that these people receive aid, be it from the Pakistani government or the humanitarian community. Of course, there are issues like water, sanitation and the general living conditions in the camp and I am sure that these people would be happier if the conflict stopped and they could go home. At the height of the displacement in July this year, about 2.7 million people had to leave their homes but around 1.6 million have been able to go back by now. This of course, is a good thing but we must not forget that these people are faced with a lot of problems back home as a lot of the infrastructure has been destroyed and it will probably take them a long time to rebuild it all – and all they can do is live in the hope that their regions will be spared more fighting! 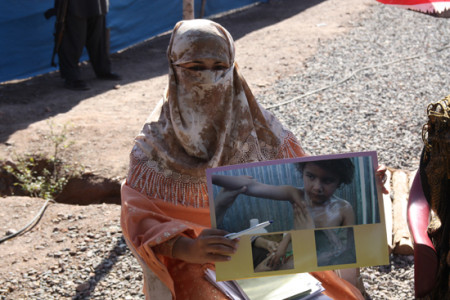 But on the contrast of this, I was invited for dinner at my landlord’s house last night – and I have to say I had one of the funniest evenings with five Pakistani women! My landlady Kausar invited one of her colleagues and along came her mother, her grandmother and her aunt. The four of them were the most hilarious team I have ever met and you would not believe that they were Pakistani women. The grandmother, they told me, still goes dancing till 3 o’clock in the morning, the daughter was wearing a tight t-shirt, tight jeans and high-heeled shoes and the mother and the aunt were also clad in western clothes and were telling me about their partying habits.

In response to that, the 24-year-old daughter told me that she was no longer surprised that she was single as her mum and aunt were stealing the men from her and that she had to keep them on a short leash otherwise they would go astray. And during the whole conversation, grandma, who was wearing a bright pink Shalwar Kameez, was giggling away.

It was an evening of laughter and it was uplifting to see how relaxed and free Pakistani women can be. I told them that I was doing a 10km run in the Enclave in a couple of weeks time and now they are thinking of joining me for the 3km fun run. It would be great if I managed to motivate them and get them to do the fun run as it would certainly increase the number of women participating in such events.

During the whole evening, Tahir, my landlord and Kausar’s husband, was sitting in the midst of these giggling hens and I am not sure what he thought about this all – but I am sure he was amused.